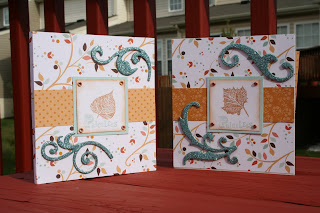 After a hecktic month, I have finally settled back into my papercrafting addiction.  I have found tons of great techniques on the internet. 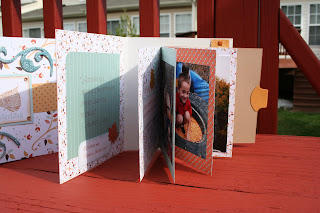 This album is called a Waterfall Album.  It's difficult to get the idea from the still pictures, but you basically pull the tab and the pages flip on their own. 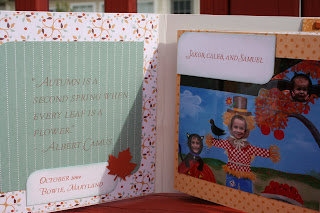 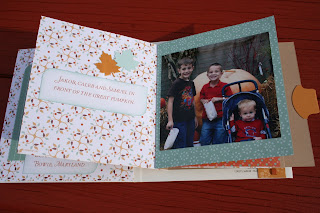 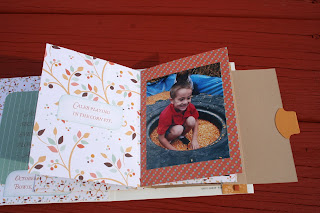 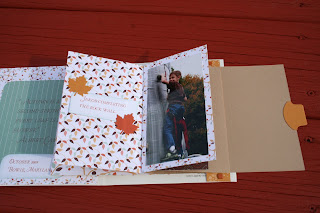 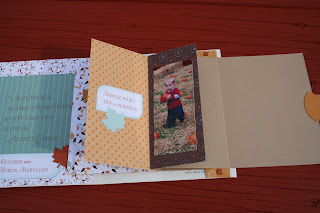 I created the cover from the white chipboard backing from a SU! patterned paper pack.  Then I covered the cover with some patterned paper.  In the interest of time I made the pages simple with little embellishment.  I used some older Stampin' Up! patterned paper that was on clearance, along with Really Rust, More Mustard and Soft Sky cardstock.  I inked the edges of the journaling with Soft Sky.  For the cover I included some glitter chipboard I found at the craft store. I've included a link to the youtube video with all the measurements and instructions:  Waterfall mini album instructional
Posted by Robin at 1:52 PM

Robin
I love papercrafting, jewelry making, cross-stitching, writing, and hoarding supplies of paper, ribbon and embellishments. I believe any problem can be solved with a little bit of chocolate.